Or should I say, I had never worn a beanie. Mostly this is due to growing up in Southern California, where beanies aren’t strictly necessary even in the “winter.” But then I moved to Portland, where not only do we have seasons, but 3/4 of those seasons might as well be winter.

While playing outside with my toddler on a snow day, I thought to myself, “Hey Feld, you know what would be nice right now? A beanie.” Then I pushed the thought out of my head, because it’s not something you typically stew over.

Then, what do you know? A couple weeks later, in line at the Banana Republic Factory Outlet (mad deals, thanks Gap Style Rewards!), and they had a bowl of super cute embellished beanies for $6! Never one to refuse a bargain, or an impulse purchase, I bought a cream colored knit beanie with rhinestones all around it.

Excited, I went to the car, ripped off the tags (because WHY would I ever return such a safe purchase?!) put it on my head and thought… “well, that isn’t right…” I basically looked like I was wearing a skull cap. Are they always so tight? And do you always look bald underneath?

I promptly texted a picture to Rose, who sagely advised, “Can you make it look less like a condom on your head?”

I tried to do the thing where you casually wear it on the back of your head, like a baggy yarmulke, and strode into Chipotle like I owned the place. “Hello, I would like two chicken tacos, this is my normal head wear, thank you very much.”

After setting a new land speed record for taco consumption, I went out to the car to answer Rose’s increasingly urgent requests for a photo of the new beanie orientation. The results were not favorable. 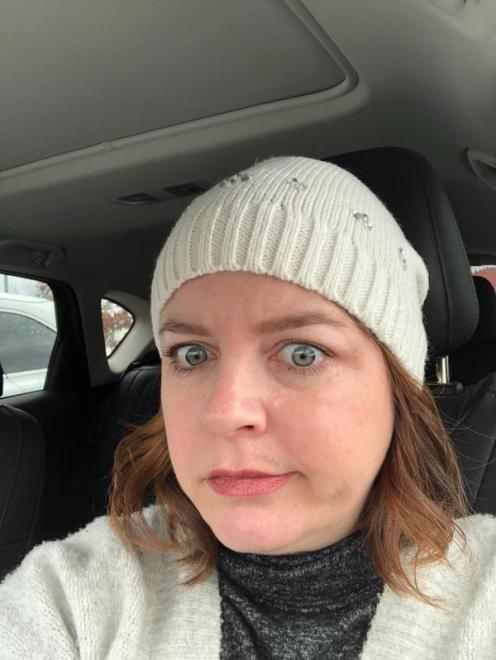 In the end, we did reach a consensus. It’s a hard pass on the beanie. Who would have thought buying an impulse beanie from a bowl would be a bad idea?